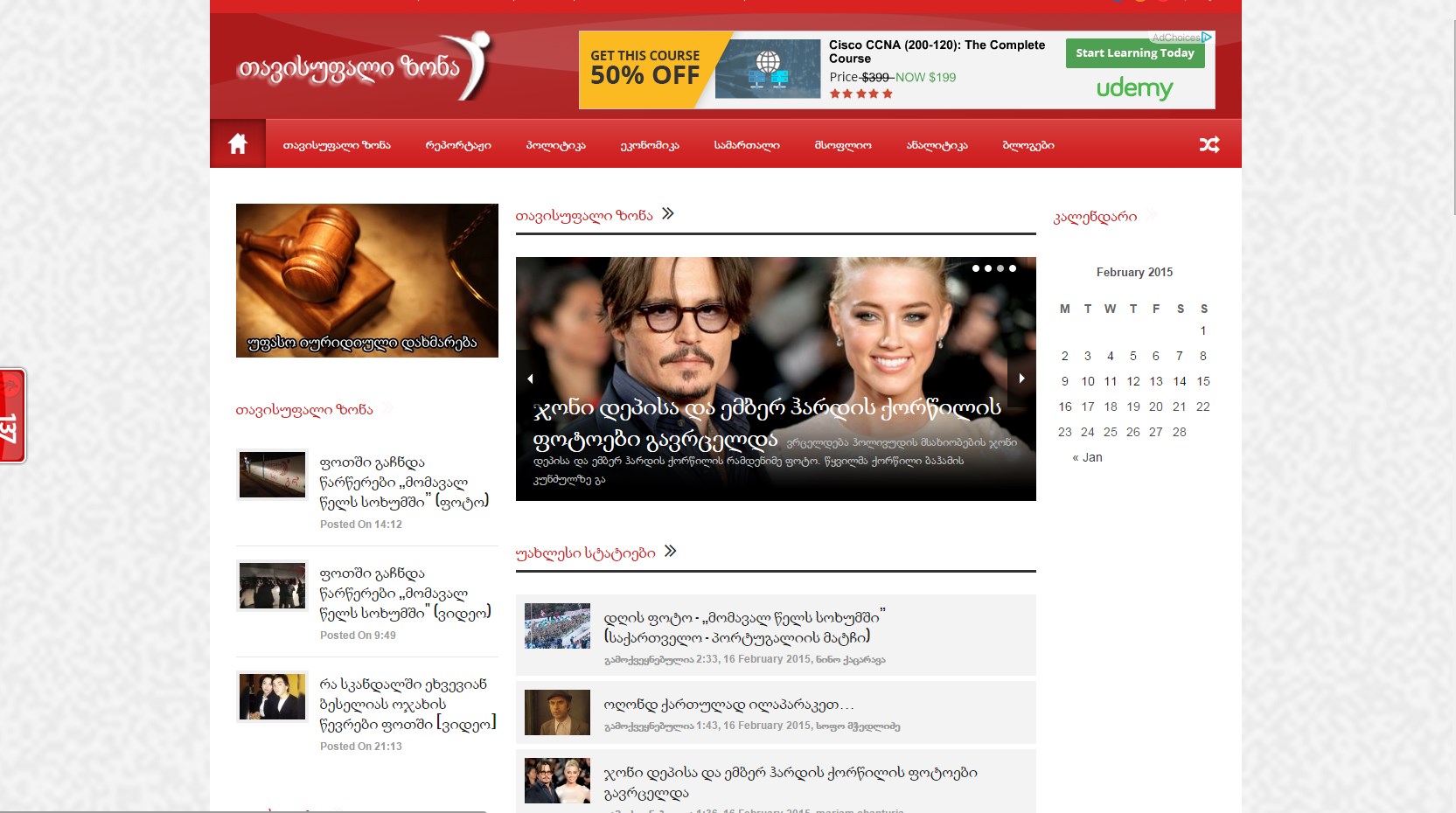 News website based on WordPress CMS build for NGO Liberty zone in early 2013. Maintained by me till the end of 2013. First was used theme Comfy magazine, modified, I modified almost all graphic details of the theme. After was used premium theme Effective news, next design was Jarida theme also modified.

I was making SEO optimization and monitoring of the site.

Also almost during the year I had to manage multiuser site, create and implement it’s conception.

Hosting plan choosing, site security and cashing also were my tasks during that period.